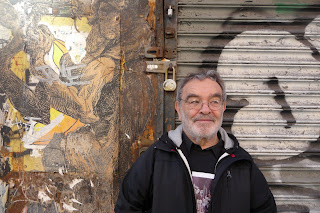 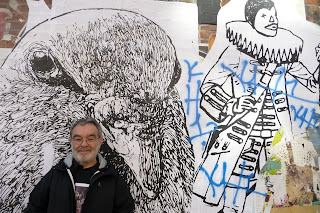 And They Put Handcuffs on the Flowers. F.Arrabal. Chicago. 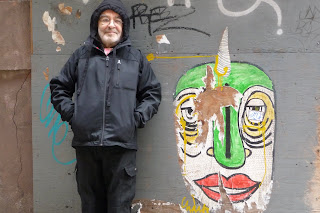 "...hurry!
...theatrical treasure
... I’m just a passionate theater... who wrote in dec. 2009 in Chicago, when great -not merely good, not just serviceable-theater was available every weekend night. I saw close to a hundred theater/performing arts events this year, so it was quite challenging to narrow down what I thought were the best of the year, but after a lot of merciless selecting, unselecting, crossing-off, and re-adding... What were... And They Put Handcuffs on the Flowers... There’s a reason: Spanish playwright Fernando Arrabal... his works’ mixture of sacrilegious and overtly sexual surreal imagery and the playwright’s unsubtle could be like an irritating migraine headache that incessantly lingers. But the brazen, passionate, destined-for-greater-things The Right Brain Project not just embraced Arrabal in all his infuriating glory, but with a jaw-dropping, arresting, site-specific production in a tiny black box on the fourth floor of a warehouse by the Ravenswood Metra tracks, made him relevant to 21st century audiences as well. With this production, the very talented young director Nathan Robbel. The Right Brain Project’s startling environmental production of Fernando Arrabal’s masterpiece, And They Put Handcuffs on the Flowers, currently being staged in a suffocatingly tiny, raw, black box performance space. For me, this production is what makes the Chicago storefront scene explosive: staged for hardly any money, not expecting to make any , comprised of innovative, can-do directorial fervor, bravely naked (both literally and emotionally) acting, and yes, challenging, material that will provoke a variety of reactions from the audience, from repulsion, attraction, discomfort, admiration, inspiration. Fernando Arrabal is a much-acclaimed playwright. Arrabal’s And They Put Handcuffs on the Flowers, a highlight of Mouvement Panique, is specifically about how political prisoners were treated and tortured in Spain during Franco’s dictatorship, but it is written with such vehement emotion that it can be applicable to any time period and any geographic location where human rights violations occur and authoritarian governments prevail. What makes it more than a political diatribe (and it is a very heavy-handed diatribe at that, to be honest) though is Arrabal’s masterful interweaving of the prisoners’ dreams, which become more surreal, nightmarish, and grotesque as the night wears on, dreams that are also provocative attacks against Spanish socio-cultural institutions. Well, I think the brave and smart young director Nathan Robbel has found the right ways to draw, rivet, and provoke his audience without pushing them out screaming down four flights of stairs and onto the train tracks. He creates a highly-atmospheric staging, incorporating heavy curtains, incense, sound effects, candlelight, truly innovative flashlight-driven lighting design, a minimum of props which highlight the rawness of the performance space, which consequently evoke the rawness and squalor of prison cells. He draws committed, no-holds-barred performances from a strong, young cast who not only has to convey the emotional terror, suffering, and sense of injustice of the prisoners, but also has to make the sometimes baffling, sometimes stomach-churning dreams come to vivid life (by squealing like farm animals, or appearing as a pissy, in all senses of the word, or getting horsewhipped, or simulating oral sex with a gigantic prosthetic, among others). He paces the show well, jarring us from our complacency as we watch the surreal dreams acted out by swiftly cutting to another scene of realistic torture or cruelty, and stages scenes in all corners of the black box, playing with our expectations of visual focus and sightlines. It is a play that demands a lot from the audience, both from Arrabal beating you on the head with the politics, but also with the interconnections of the imagery that you have to make, but Robbel makes it an enthralling night of theater... I’m now a new fan of the Right Brain Project , and I really look forward to seeing some more of their work, and Robbel’s work in particular. This is the kind of Chicago storefront production that I, as a theater-savvy, culturally-broadminded audience member, would like to champion and advocate for, not the numerous safe re-treads that some of this city’s avowed storefront theaters seemingly have settled themselves into . My dear blog readers, call or email them for your reservation to this play right now! And They Put Handcuffs on the Flowers is running at the RBP Rorschach, 4001 N. Ravenswood. You are strongly encouraged to make reservations (I think the space can only accomodate 25-30 people at a time) by calling or emailing... Hurry!": Francis Sadac
Publié par Dominique Sevran-Amary à 12:48

Fernando Arrabal's "Picnic on the Battlefield" Theatre in Gaza 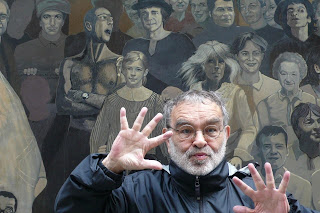 Jackie Lubeck,
Designer & Artistic director in
GazaTheatre Day Productions.
"...In 2001 I made a free adaptation of Fernando Arrabal's Guernica (titled 'Guernica or Mom and I in the War') and it was shown to thousands of kids throughout this area... Tonight we are struggling to write the little text that is written on the theatre brochure distributed to all kids who see the show... Theatre Day Productions... work exclusively for youth in a place... The Gazans are among the most creative people on earth when it comes to surviving. They make cars run on corn oil... the kids in Gaza... the age group is 12-16... If we don't get stopped by the Hamas 'leadership' the play should run for 40 performances in January and February. If you want to come we will welcome you warmly. Don't ask anyone IF you should come or HOW you should come. Last thing: When was the play written? We have 1958, 1959, and 1961. We think it's 61 as per your website. The French think it's earlier...":
Jackie Lubeck, Designer & Artistic director in GazaTheatre Day Productions.
Publié par Dominique Sevran-Amary à 16:15 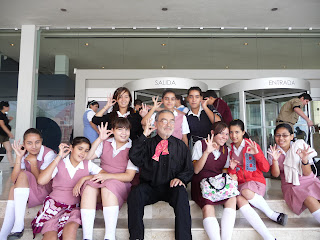 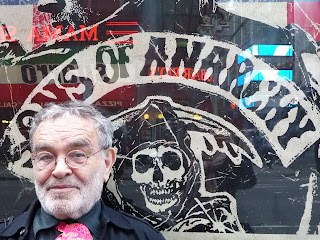 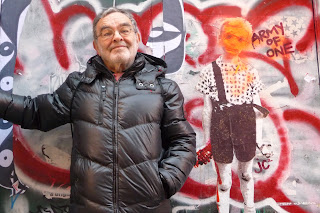 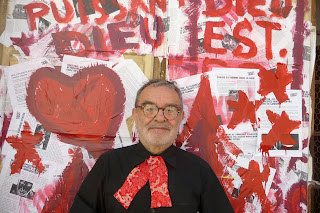 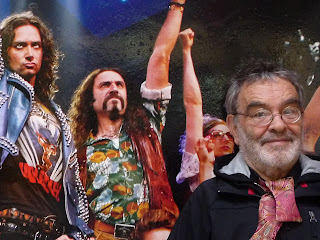 Car Cemetery playwright Fernando Arrabal was born to a Spanish army general in 1932. Just four years later, another general— Francisco Franco— usurped Spain’s socialistic Popular Front, transforming the country into an arguably fascistic Catholic monarchy. .. but he nonetheless found good friends and allies in both Mussolini and Hitler.
This history seems at first like crucial context for Car Cemetery, a play whose avant-garde aesthetic is so distinctly “of its time” Arrabal was intent on deconstructing a realist aesthetic that didn’t quite capture reality as it stood after the horrors of World War II. His employment of the character Milos, in particular—a totalitarian overseer of the car cemetery— indicates an interest in how brutally people wield power when given any glimmer of opportunity. But the text begs another reading, as well—a reading that focuses not on Car’s implicit thematization of European crowd politics, but on the fact that it literally takes place in a massive junkyard...
...comedy, tap, hip-hop, eccentric dance and slapstick
... one of theater's greatest legend...
Publié par Dominique Sevran-Amary à 09:55 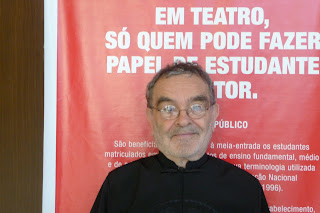